I have received the table of contents for the Cthulhu Unbound pair of anthologies from Permuted Press, as well mock-ups of the covers. I don't know when they'll be available (certainly not before Necon), but I can say I'm pleased to have gotten under the cover I prefer. 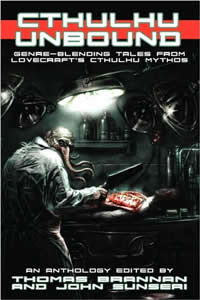 BOOK ONE
1) Noir-lathotep by Linda Donahue
2) The Invasion Out of Time by Trent Roman
3) James and the Dark Grimoire by Kevin Lauderdale
4) Hellstone and Brimfire by Doug Goodman
5) Star Crossed by Bennet Reilly
6) The Covenant by Kim Paffenroth
7) The Hindenburg Manifesto by Lee Clark Zumpe
8 ) In Our Darkest Hour by Steven Graham
9) Blood Bags and Tentacles by DL Snell
10) Bubba Cthulhu's Last Stand by Lisa Hilton
11) Turf by Richard D. Moore
12) The Menagerie by Ben Thomas
13) The Patriot by John Goodrich
14) The Shadow over Las Vegas by John Claude Smith
15) Locked Room by CJ Henderson 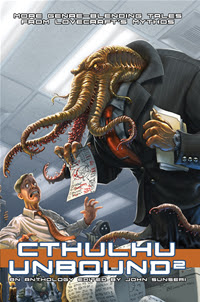 BOOK TWO
1) Passing Down by Inez Schaechterle
2) The Tenants of Ladywell Manor by Willie Meikle
3) The Hunters Within the Corners by Douglas P. Wojtowicz
4) Surely You Joust by Patrick Thomas
5) References in Cthonic, Eldritch, Roiling Creations are Recondite by Warren Tusk
6) New Fish by Kiwi Courters
7) Tomb on a Dead Moon by Tim Curran
8 ) The Long, Deep Dream by Peter Clines
9) Santiago Contra el Culto de Cthulhu by Mark Zirbel
10) Stomach Acid by David Conyers and Brian M. Sammons
11) Sleeping Monster Futures by Brandon Alspaugh
12) Nemo at R'lyeh by Joshua Reynolds
13) What's a Few Tentacles Among Friends? by Sheila Crosby
14) An Incident Occurring in the Huachuca Mountains, West of Tombstone by Gary Vehar
15) Abomination With Rice by Rhys Hughes
Posted by John Goodrich at 4:39 PM 2 comments: 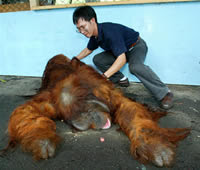 In the wake of all the Gary Gygax tributes, it has occurred to me that many people have missed the man's ultimate legacy. Dungeons and Dragons took an antisocial demographic, the geek, and got them together for a social activity. Yes, most game groups were closed circles, but at least we were all talking. We laughed, we faced challenged in a team-building way, and we spent a lot of time interacting with each other.

This, really, is Gary Gygax's legacy. A generation of geeks and nerds who have a modicum of social ability, who can get together be social and polite, and gave us a common culture: role-playing games.

That's right. Gary Gygax united the geeks.
Posted by John Goodrich at 9:44 AM No comments:

Labels: dancing with the dead

Why My Heart Belongs to New England 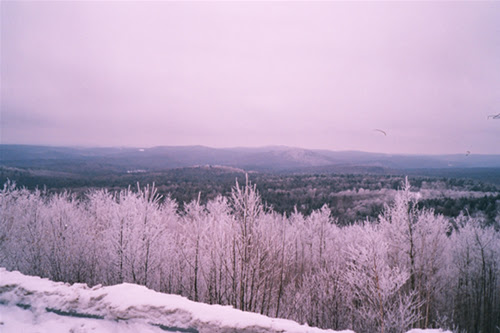 Any questions?
Posted by John Goodrich at 1:47 PM No comments: