Next Project: A History of Swamp Monsters in Comics

Having gone through all the daikaiju films I could, I feel like this blog once again needs a structure so I don't ignore it. So I'm going to work through another list, because I love both lists and textual analysis, and perhaps a bit too much of my own voice, I'm going to be looking at swamp monsters in the comics.

I find superhero comics to be repetitive, characterizations shallow, the constant fights uninteresting. Even as a kid, I was more into the monster and horror comics than Batman or Thor. I was given a stack of early seventies comics by a friend, which included the original Swamp Thing comics numbers nine and ten. And BAM I was hooked. Even after all these years, those two issues (which I still have) remain some of the best comics I have ever read. I drifted away from comics when I was twelve, and returned to them when I was seventeen, purchasing a copy of Swamp Thing # 48, smack dab in the middle of Alan Moore's tenure on the series. Swamp Thing was my gateway to comics, not once but twice. Sadly, the way the art form is used often leaves me cold, both as a reader and a creator of stories. But Swamp Thing, Man Thing, these characters are broad and strange enough that they bring out the author. And, it should be said, they're a pretty select group.

That said, this won't be comprehensive, partially because there are a lot of obscure bog beasts in comics, and some of them are quite expensive. The original appearance of Glob, in The Incredible Hulk #121 sells for about $50. I don't love muck men or my audience that much. Sorry. I've already done a gigantic index of John Constantine appearances. I don't want to do that again. It has become very tiring and I'm cutting down on my comics-related expenses. But I'll hit what I consider the highlights: the original Heap Stories, Gerber's classic Man-Thing, Wein/Wrightson Swamp Thing, Moore's Swamp Thing, Gerber's Sludge, and whatever else I can find that's not just a single appearance in a single book. Likewise, I'm not going to track down all the appearances of Swamp Thing, who has some 286 comics with his own name on them, not including reprints. Man-Thing has more than 262. That's a lot of comics. I've got several chunks of each, generally considered the classic author/artist periods, or just the easily available.

This wouldn't have been possible without the release of Comic Book Creator's SwampMen book. It's got background and some amazing interviews with the creators of many of the best Swamp Men comics, including Wein and Wrightson, Alan Moore, Steves Bissette and Gerber, and many more. If you have any interest in the mucky denizens of superhero universes, this is the book to get. 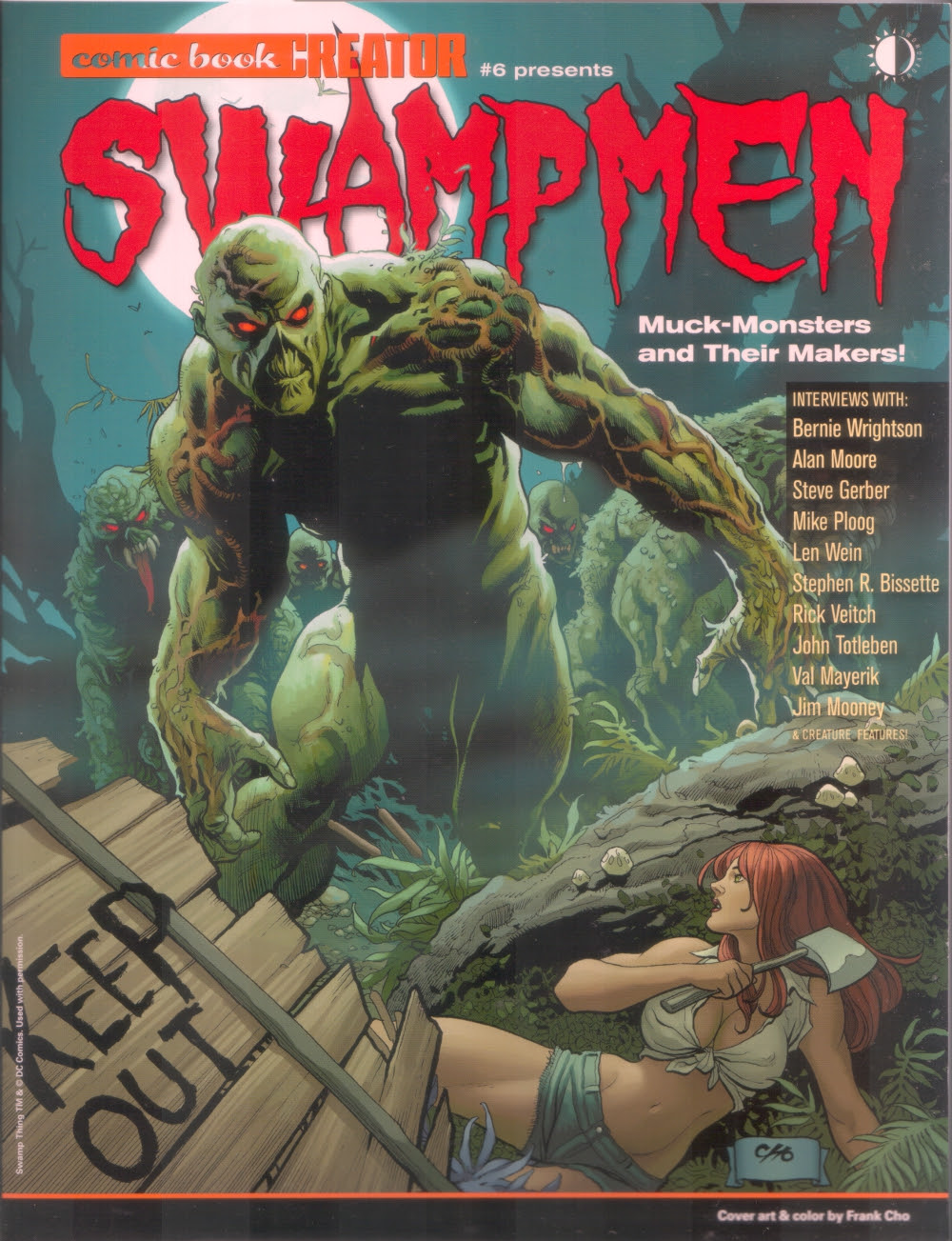 Also helpful has been the Lonely Geek's Muck Men page, without which I never would have learned about Sludge, or Captain Carrot's opponent Mudd. But part of the appeal of Muck Men in the comics is that individuals can be picked out without being overwhelming. Vampires are everywhere, and often used as stormtroopers, to be knocked off by a superhero simply to get to the other end of the story. Muck Men call back to the Gothic story tradition, and the best of them concentrate on the humanity of the characters, whether supernaturally enhanced of not.