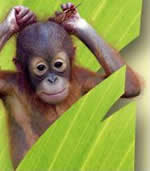 Found on matociquala's blog, Wordle creates a word-cloud from whatever test you care to enter, emphasizing the most commonly-used words. It's fascinating, and you can adjust the colors and the font. I may start entering chapters of my novel to see what comes out of it.

This is a word-cloud for "The Patriot" the story appearing in Cthulhu Unbound. You can click on it and it will appear much larger.

Notes on the Inevitable Zombie Apocalypse

You are in a mall when the zombies attack. You have:

1. one weapon.
2. one song blasting on the speakers.
3. one famous person to fight alongside you.

1. The Traveller-vintage Fusion Gun: Man Portable. Given the situation, there's no kill like an overkill.

2. "Mars: God of War" from Holst's Planet suite. It's reasonably long, so I won't get sick of it in ten minutes flat, while at the same time being unbelievable kickass.

3. Shane, from Shane. I don't think he missed one shot in that entire film.
Posted by John Goodrich at 7:14 AM 2 comments: