Thanks in no small part to Bear and Walter Jon Williams, I am now playing Spore. It's a pretty fun game. the graphics are good, the sound quality good, and if the depth isn't really there until you hit the galactic civilization, there is a lot of investment in your creation.

Funny thing, Spore has got to be the biggest elevated finger to Intelligent Design and Creationist that has ever been placed in public media. In the initial stage (above), you start out as a fairly simple organism, swimming around in the primeval soup with all the other simple organisms. You swim, eat, find special DNA prizes, and if successful, reproduce into something with more advantages. It was here that my little guys acquired their defining trait that becomes useless at later stages, but I never removed them. Their back spikes. And thus, the Spiketagenet was born.

At the end of the Cell stage, you acquire legs, start running around on land. You get to assemble yourself a herd/pack, and then make friends or meals of the rest of the indigenous wildlife. I chose 'herbivore' and stuck to it. I've been playing a lot of games about killing people recently, and decided I wanted to be more constructive. It's during this stage that the Spiketagenet changed the most, from a four-legged critter to something bipedal. the duck bill was the first mouth I was offered, and I started to like them. The back spikes are completely useless at this point, but I got sentimentally attached to them (they'll never use chairs).

There's a fair amount of messing around with the DNA to get the creature to do what you want. Some feet have stealth, others allow you to charge. Some hands have claws for fighting, some are better at gathering fruit. And there's a nice amount of variability as to size and splay of feet.

In the end, you get a creature that you have built, and I think that's a big thing for me. Here's this thing I have created, guided through the water to its first faltering steps onto land, watched its relatives get sucked up into UFOs (which I later did when I got space drive), adapted to different conditions, and created in an image I thought was interesting and useful. But as he shows his back, you can still see those vestigial spikes, from when the species was a swimming group of cells in the ocean. The eyes on tentacles have been something from its earliest stages, too. Not that this seems to affect how they work in space, but it's kind of cool to look at them and have all that history. I think that makes each creation endearing. I'll find out when I start again.

I also notice that on my first run, I'm staying pretty anthropomorphic. Two legs, two eyes, and even if it doesn't have a head, it still has a pretty human face. Maybe next time, I'll make a race of omnivorous space-faring octopoids.

So, Spore gets a couple of prehensile thumbs up from me.
Posted by John Goodrich at 8:55 PM No comments:

Can't Say The Results Were Unexpected:

The Dante's Inferno Test has banished you to the Sixth Level of Hell - The City of Dis!
Here is how you matched up against all the levels:

So if anyone asks, you can describe me as a violent, malicious, lustful heretic. But you knew that already, right?

People Out of Context

Something I like to do in my short fiction is place a stereotype or recognized cliche character in a radically different setting. Would you recognize Kurt Cobain if he was bagging your groceries? How would Conan the Barbarian feel if he was employed in a washing machine factory? What sort of presidential candidate would Odysseus have made? Would I vote for him? Would the rest of America? What if he was running against Hannibal Lecter?

Context can be very important to understanding a person. And yet, finding the keys to the locks that opens them up sometimes involves a change of scenery, to remove them from the setting that makes them so familiar. Give someone a haircut, clean up their speech, give them a new job, but have you really changed them? Would you even recognize them?

Is that a pulp hero who is taking your order? Could the woman ringing up your bill have been a Mata Hari or a Marlene Dietrich given half a chance? How do we know?
Posted by John Goodrich at 3:53 PM 3 comments:

1) write a really psychotic piece of fiction. The new novel now has an antagonist of some depth.

2) Mess with someone.
Posted by John Goodrich at 7:21 PM No comments: 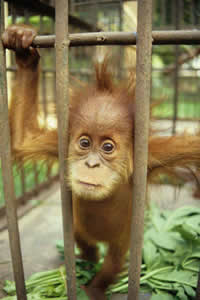 For the past couple of weeks I've been wondering what I should progress with. Should I finish up a couple of short stories I've had ideas for but haven't had time to actually write, or should I plunge straight into the next novel, with an eye toward finishing the first draft by the end of the year?

I've been going back and forth. The prospect of a new novel scares me, but I feel like I really ought to simply because that's where I want to be going.

And with other things going on, I've allowed the mental discussion to drag out. Over the Labor Day weekend, we had some friends up, including their two young kids. So, I was a little stressed when I went to sleep last night. I woke up at 2, couldn't get back to sleep, so I got into the reading chair and read Perdito Street Station for an hour and a half, then lay in the dark, waiting to drop off. It took some time.

I had a dream. I was researching the novel I've been thinking about writing, running around New York City scouting locations, but whenever I tried to get pieces of paper to write my notes down, all I could get my hands on where tiny triangles and scraps.

When I woke, I had a head full of ideas. For me, one of the most productive times for ideas the border between sleep and waking, when my guard is down and anything goes in my imagination. So I had the luxury of adding onto these ideas and molding them in order to fit the story. End result: two pages of notes, and I'll be starting the novel, after I write my query letter for novel 1, rework about 200 words of Novel 1, rewrite that short story for Cthulhu 2012, and write my essay on Robert Bloch.

Other than that, I feel like shit this morning.
Posted by John Goodrich at 7:58 AM No comments: