You know who else likes Swamp Monsters? Peter Rawlik

The inimitable Peter Rawlik is an author and colleague who's prolific and worth reading every time. He has contributed to World War Cthulhu: A Collection of Lovecraftian War Stories, Kaiju Rising, Dorian Gray Darker Shades and several dozen other anthologies. If there's been an anthology I wanted to get into, but didn't, you'll likely find Peter's name in the published table of contents. He's also a swamp creature enthusiast, and took the time to answer a couple of questions. Thanks, Peter! 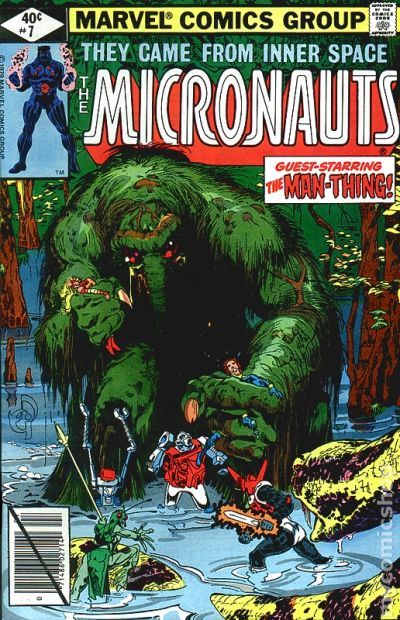 Man-Thing represents something unusual in the world of monsters (or did at the time). Like the Blob, Man-Thing was mindless, its motives were unfathomable. It couldn’t be reasoned with or talked to or negotiated with. It was more a force of nature than a man or even an animal.

How old were you when you picked up your first swamp monster comic?

I would have been about 12 when I bought Micronauts #7, though I may have picked up a few issues of Creepy, Eerie or similar magazines. I do remember picking up a mag with an adaption of Brennan’s Slime or Sturgeon’s It.

Tell me about the person you were at that point.

I was an average child. Growing up outside of Philadelphia. I spent my summers on boats in Ocean City Maryland, fishing, crabbing and clamming. Even by this point I was collecting Lovecraftian fiction and I had a large collection of paperbacks.

What other comics were you reading then?

X-Men and Guardians of the Galaxy, occasionally other Marvel comics. I recall picking up so issues of Swamp Thing featuring the Un-Men. 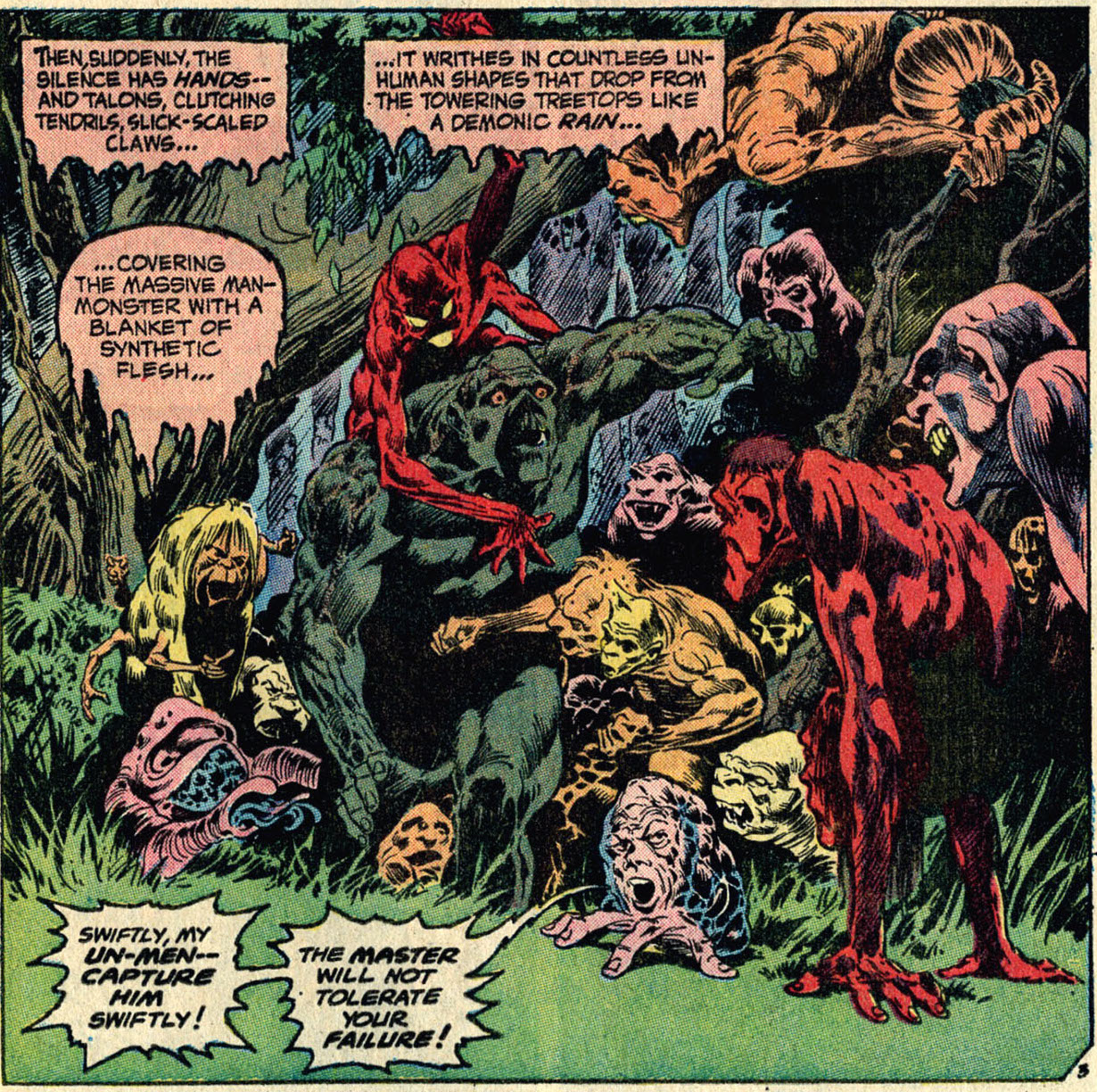 What resonated with you in that first issue? What drew you to that comic?
I was regularly reading Micronauts back then and the Man-Thing was the villain of the month. But afterwards I began seeking out back issues and his appearances. Man-Thing was an enigma, not a hero, not an anti-hero, but still somehow a force for good in the world. It suggested that things might be more complicated than with other super-heroes. In many ways the stories weren’t really about Man-Thing but rather other people who would eventually have to deal with the monster one way or another.

Is there a specific writer whose muck monster work stands above all others?
Len Wein did an outstanding job.

Man-Thing led to Swamp Thing and Kolchak’s Pere Malfait. I’ve become obsessed with the Creature from the Black Lagoon, and the things that haunted the swamp in The Call of Cthulhu. Frog monsters are ubiquitous in lots of the things I read, as are slugs, snails and the like. All of these seem straight out of the swamp.

Wrightson’s lines were always clean and clear, but the images he drew were anything but. His monsters, all his monsters were complex, detailed creations that thrilled the eye. He was also a master of backgrounds knowing just how much to put in, and how much to leave out.

Have you considered writing comics?

I have, I’ve outlined a few things set in the Marvel and DC Universes. 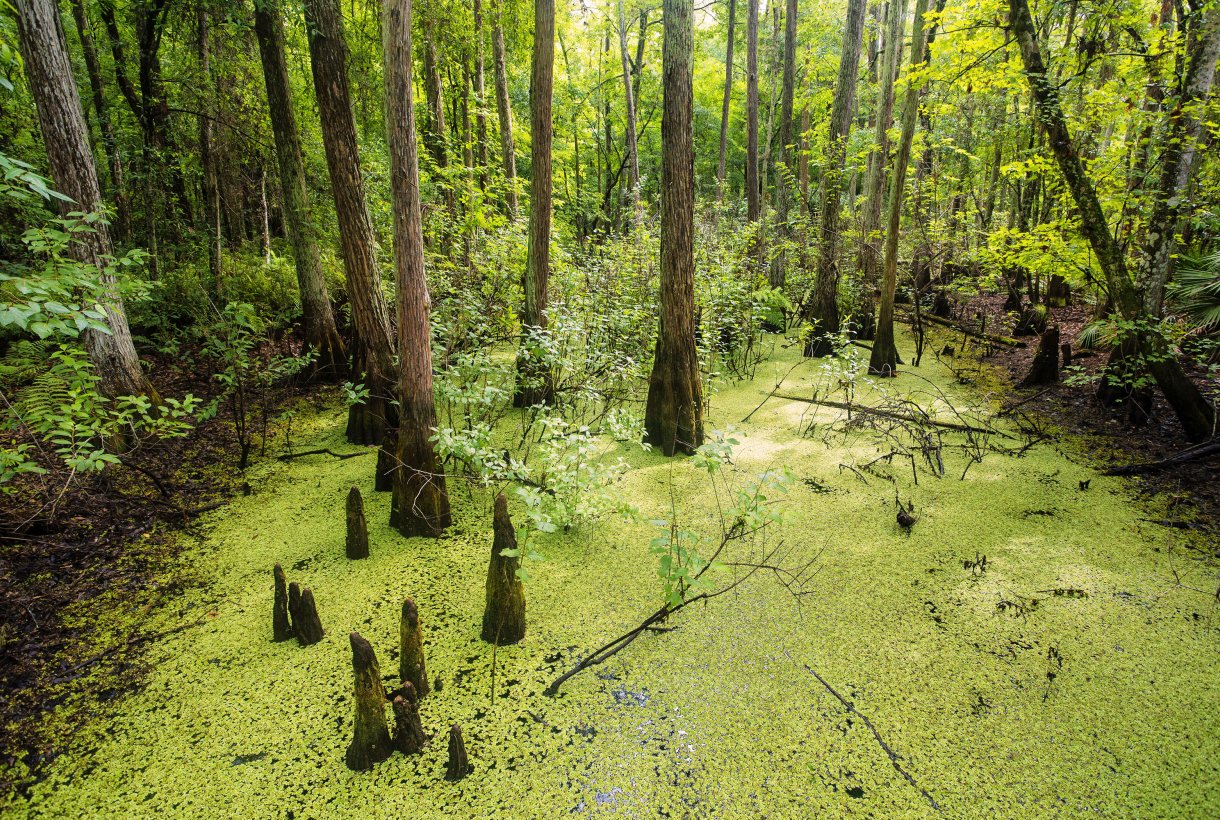 Would you be interested in writing a comic-book swamp monster?

I would, and oddly enough I kind of want to write Solomon Grundy, but get him back to his swamp monster roots.

Anything else that really needs saying?

For the last 27 years I’ve worked in the Everglades, studying and trying to understand what was portrayed in those comics I read so many years ago. Its very different than what was presented back then, and I’ve come to realize that many writers and artists just don’t understand the Everglades. Its more beautiful and more frightening than they even know. Someday I hope to change that.

Image of the Everglades courtesy of the National Park Foundation
Posted by John Goodrich at 2:02 PM 2 comments: