Mood: Finally Over a Bad Cold and Watching the New Snow Fall

Short stories that are mapped and ready to be written (in no particular order):

That looks like a pretty full plate, and I'm sure other projects will arise, as they often do.

I'm discovering that I have ideas outside of the SF/horror/fantasy continuum. I want to write a couple of Dr. Weinberg stories without supernatural elements. Well, any honest story about a medical examiner doing his job is going to contain some element of horror. We'll see how that works out.
Posted by John Goodrich at 12:00 PM No comments:

An atheist's view of Christmas

As a day of peace, a day of thinking of others, of coming together, of drinking, and economic stimulus, Christmas is everything an atheist's holiday should be.
Posted by John Goodrich at 9:06 AM 2 comments:

Christmastime is Here By Golly , Dissapproval Would be Folly

Since we no longer have television, we have not been bombarded with Christmas carols to sell us things. And it has been a welcome relief. I mean, sure there's still the stores, and that damned place in the center of town that pipes their carols outside, but so far, there hasn't been that onrushing crush of the same damn carols that I remember for the last thirty years.

This is why Gen X cannot say or write or enjoy anything without irony. We've been bombarded with so many things that are supposed to pull at our heartstrings and thus sell us something. Christmas carols are just an example. We don't have a memory of singing them in a beautiful, reverent way, we remember that they were being cheerily piped at us when we were doing our last-minute holiday shopping at Sears or Wal-Mart. That heart-string has been pulled so many times that it's damned difficult to get a reaction from it anymore.

There are a couple of Christmas CDs that I do play every year, but they're not the usual classics. This is the kind of stuff you'll never hear in a store.

A Very Scary Solstace by the HPLHS. Familiar Christmas carols with rewritten lyrics to acknowledge HP Lovecraft's works. How many songs, let alone carols, do you know have lyrics that refer to NonEuclidian Geometry? Wonderful stuff.

Arrest these Merry Gentlemen by the Kipper Family. This is series of dryly humorous Christmas-related songs by by a rather odd collection of North Yorkshiremen. Hard to find, it takes a little time to appreciate, but is well wort6h the effort.
Posted by John Goodrich at 12:58 PM No comments:

Leaving the Wedding in Tears 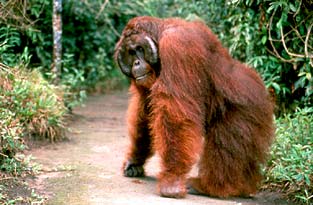 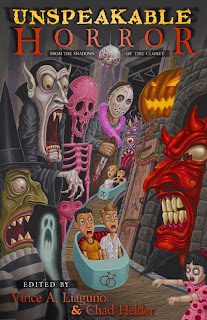 Another new experience. Dark Scribe Press sent me a copy of Unspeakable Horror: Terrors from the Closet, which my story was a bridesmaid (I made the initial cut with an invitation to rewrite, but didn't get all the way to the altar). Dark Scribe Press kindly sent me a free copy. I probably would have picked it up anyway, since I want to read more of Lee Thomas's work. And there's the morbid curiosity of wondering if the stories are better than mine. I know that I cannot be impartial, and that the editors' taste is not my own, but I've been given the opportunity to pick at this particular scab.

It still smarts a bit. The stories are good (I'm only half-way through it), so far the standouts are Michel Scalise's "I am the Shadow that Walks There" and Joy Marchand's "Black Annis." Overall, it's a book I would have been squeeingly happy to be in. But yesterday, that bastard Nick Mamatas told us how every "quiet horror" story ever written goes. Unspeakable Horror contains at least two quiet horror stories, and Mamatas is not wrong.

Also, I see that the horror is a bit less visceral than the story I sent (since renamed "Not an Ulcer"). I hadn't considered that my horror was particularly hard edged, but I can see that the editors were looking for something less gruesome and uncomfortable as my story. And, if I'm honest with myself, better written.
Posted by John Goodrich at 8:27 AM No comments: