The first thing I noticed, even in the trailers, is that Kong: Skull Island knows its roots. This is not Peter Jackson's unbridled King Kong. This is a movie that remembers the 1933 film, but at the same time is not enslaved to it. Kong's stature is erect, as it was in 1933, and more credible than in 1976. Kong battles an octopus-thing as he did in King Kong vs Godzilla. the Skullcrawlers are from the original film, and there is a giant spider in reference to the infamous lost and deleted scene. And, possibly because it's Legendary, there's a sly Pacific Rim reference when someone shoots a kaiju in the face with a flare.

One major thumbs-up for me is that Kong's island is in the South Seas, and the natives of the island are finally not African. Although Jackson's production used "a mix of Asian, African, Maori and Polynesian" actors, they do look very African. Not so in Kong: Skull Island.

For the first time, not everything is relentlessly hostile. Sure, the Skullcrawlers are just out for lunch, and the wee pterodactyls are pretty nasty, but Skull Island finally seems to have an ecosystem that doesn't try to consume every human that sets foot on the island. And because some of the shoot is on location, you can see the swarms of insects. It's a nice touch, although I suspect the actors were none too happy about it.

The Skullcrawlers, the main antagonists of the film, deserve some mention. Clearly modeled on the two-legged lizard from the original Kong, they've been upgraded. And they a good look. Like the MUTOs from Legendary Godzilla. Despite them being an homage to the original film, the feeling is that you have never seen anything like that before. Their movements are fluid for something that has such a unique method of locomotion. They're presented as frightening, and worthy opponents for the mighty Kong. 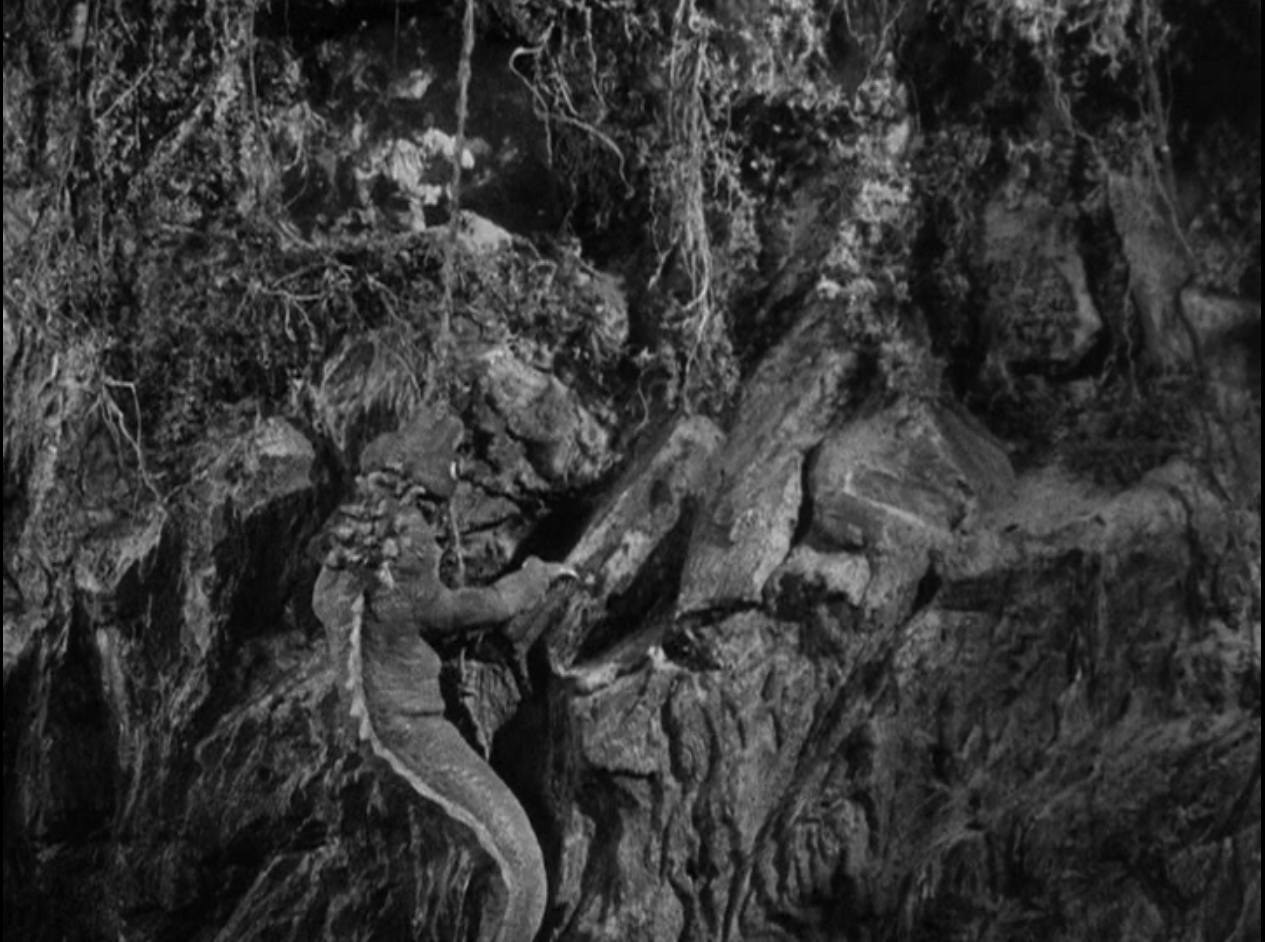 The use of the military is interesting. Somewhat in keeping with the seventies end of Vietnam era. Col Packard (Sam Jackson) is a deeply traumatized officer who, on seeing his country leave a conflict unfinished, decides he is going to take no shit. Not from giant monsters, certainly. But his men are not quite as hell-bent as he is. So the military is not here for show, as it was in Ishiro Honda's work. But neither is the military turned into a bunch of clowns, as they were in the 1998 Godzilla. The military are depicted as individuals in a system, and the military is represented by different people. Which is, I think, pretty fair. Although I do take exception to Vietnam-era soldiers carrying poison gas grenades. But ultimately, in good kaiju film fashion, the military and guns are not the solution to the plot problem.

Kong downs so many helicopters I couldn't help wonder if he was still pissed off from the 1976 film, where he was shot off the World Trade Centers by helicopters with miniguns. But hey, they were dropping bombs...

It's a good film. Enjoyable, and I suspect it will stand up after repeated watching. I'll definitely be owning this one.

Next month, Colossal comes out, the Nacho Vigalondo/Anne Hathaway kaiju film. And you can bet I'll be there.
Posted by John Goodrich at 12:10 PM No comments: