Elizabeth Bear once told me that Providence is a non-Euclidian city, that it has never been properly mapped, and that you cannot fathom it's complexity. I should listen to her more. 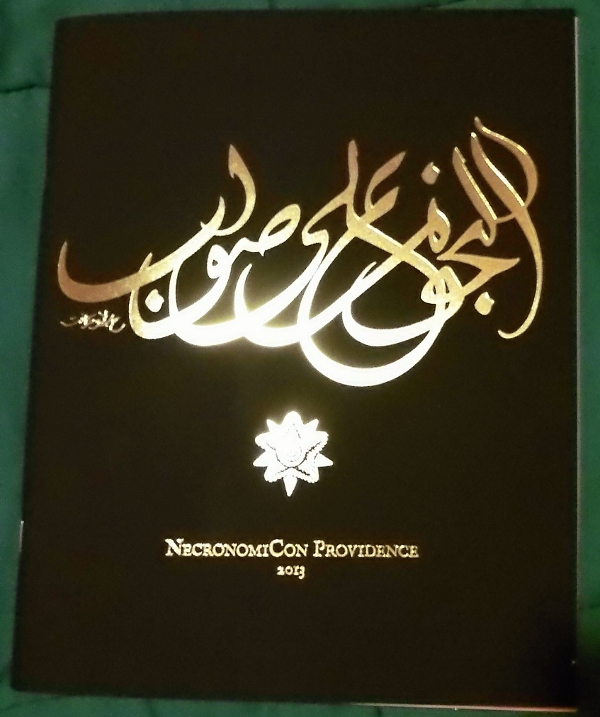 Aside from the 'getting there' problem (I stayed off-site , requiring me to drive in each morning. I got lost two days out of three), NecronomiCON 2013 was massively awesome. I met a lot of people who I respect (Liard Barron, Cody Goodfellow, John Langan, Joe Pulver, Scott Adam Glancy), reaffirmed friendships with people I've met in the past (Wilum Pugmire, Jack Haringa, Lois Gresh, Dr. Faye Ringel), and generally enjoyed myself having conversations with well-read Lovecraftians. The programming was pretty good, although I found the more specific panels ("Lovecraft and Sex, Gender, and Sexuality," "The Long Shadow: Lovecraft's Influence") to be more satisfying than the general ones. 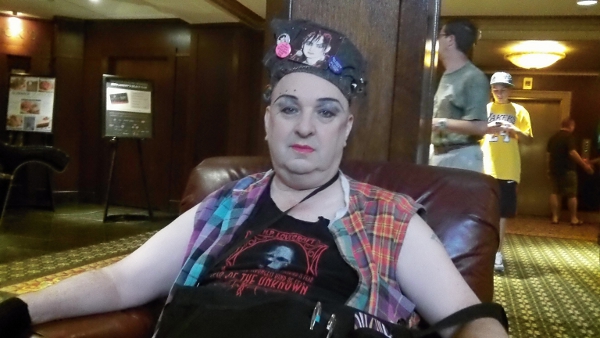 I would estimate that the female-to-male ratio was probably 1:5, but that's a quantum leap over previous Lovecraftian conventions I have attended.

Either there's a curse on me, or proofreaders are in sharp decline. With the last three books I purchased at conventions, I've cracked the first page, and discovered a typo. This particularly egregious in the case of Cody Goodfellow's Deepest, Darkest Eden, because Nick Mamatas is such a stickler about typos. SLightly more annoying was picking up a copy of Undead and Unbound with a magnificent cover by Paul Mudie, which I have a story in. The table of contents lists my story as being on page 199, when it actually starts on page 197. Weird. And unique to my story. All the rest start on their listed pages. 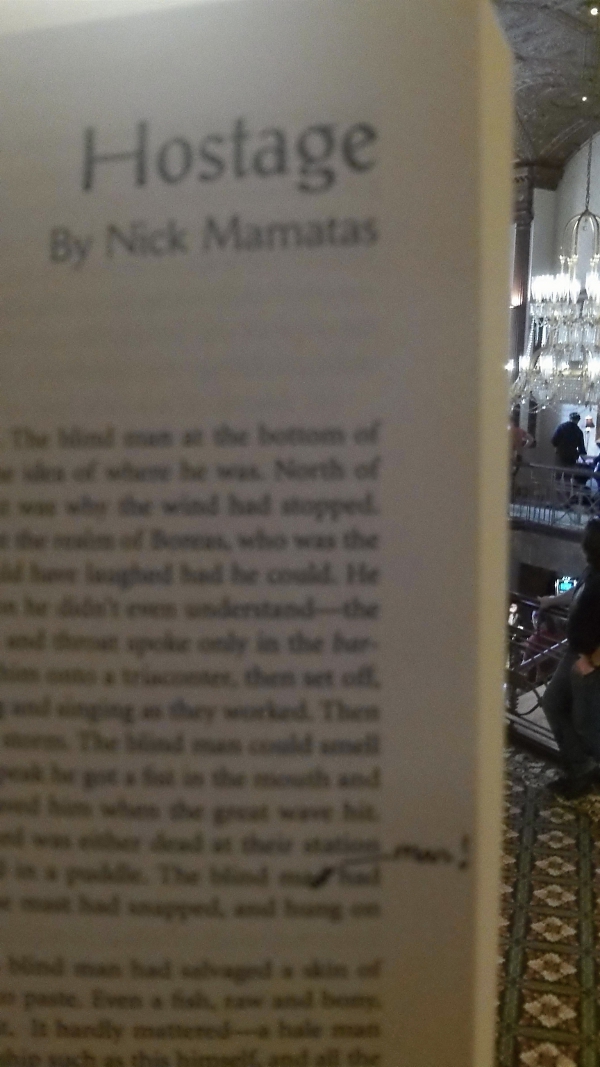 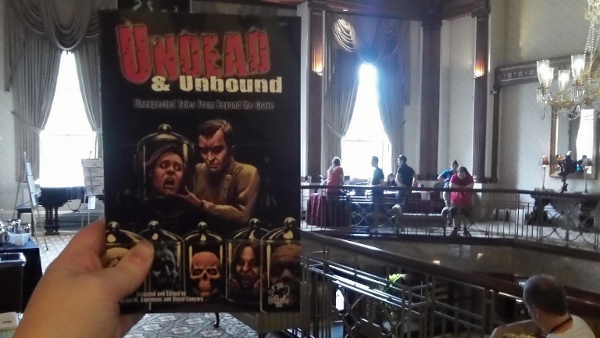 Friday's lunch I spent with a gentleman whose name I don't remember. We chatted at the bar of Viva Mexica, an excellent and reasonably priced Mexican place close the Hotel Providence. Wonderful talk, and a cool place. But I'm wondering if anybody tell me anything about this statue? It appears to be a Mexican, or perhaps Aztec, woman with a bow. I've never read any stories about Mexican or Aztec women shooting archery, so I'm very curious. 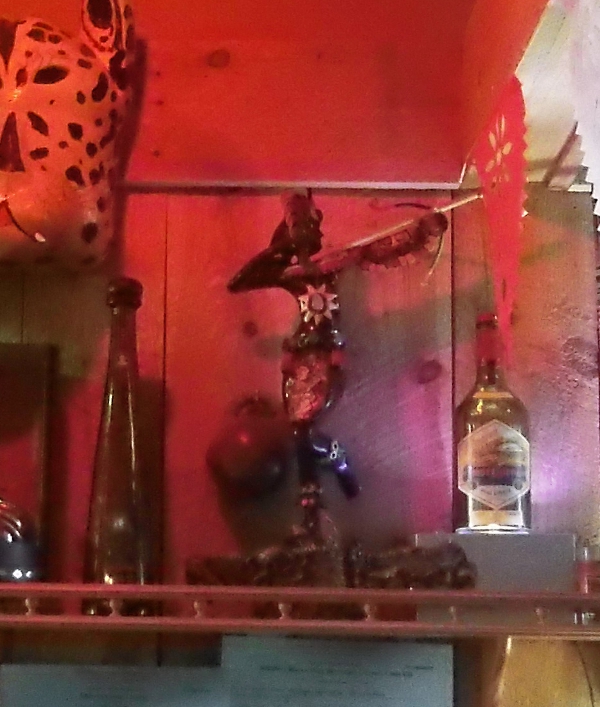 Creativity was on diplay everywhere. Here, Larry Elig sits with his quite astonoshing hand-sculpted Cthulhu. It's beautiful. 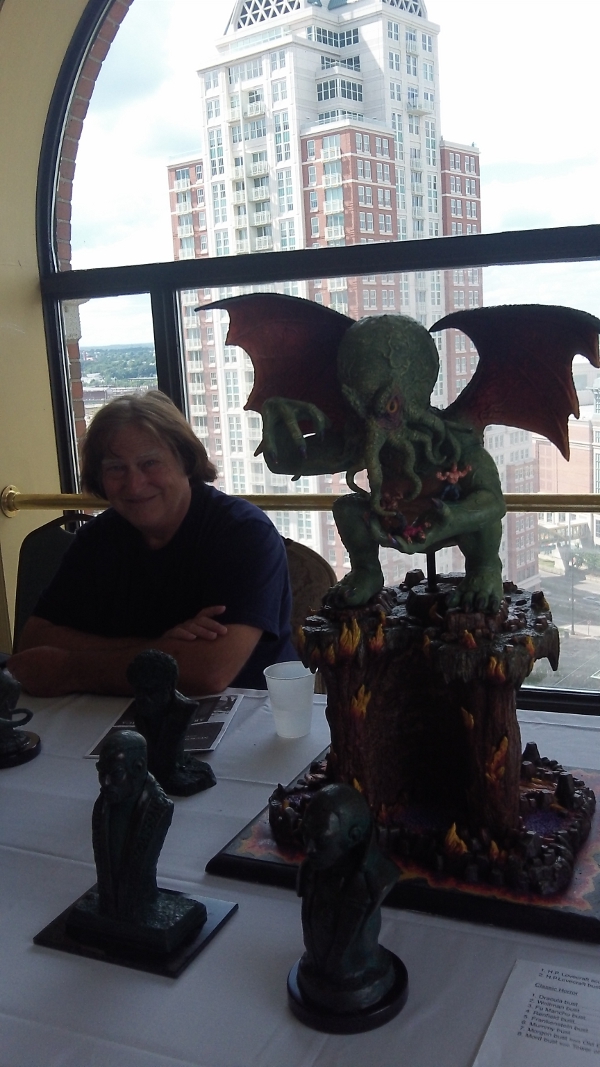 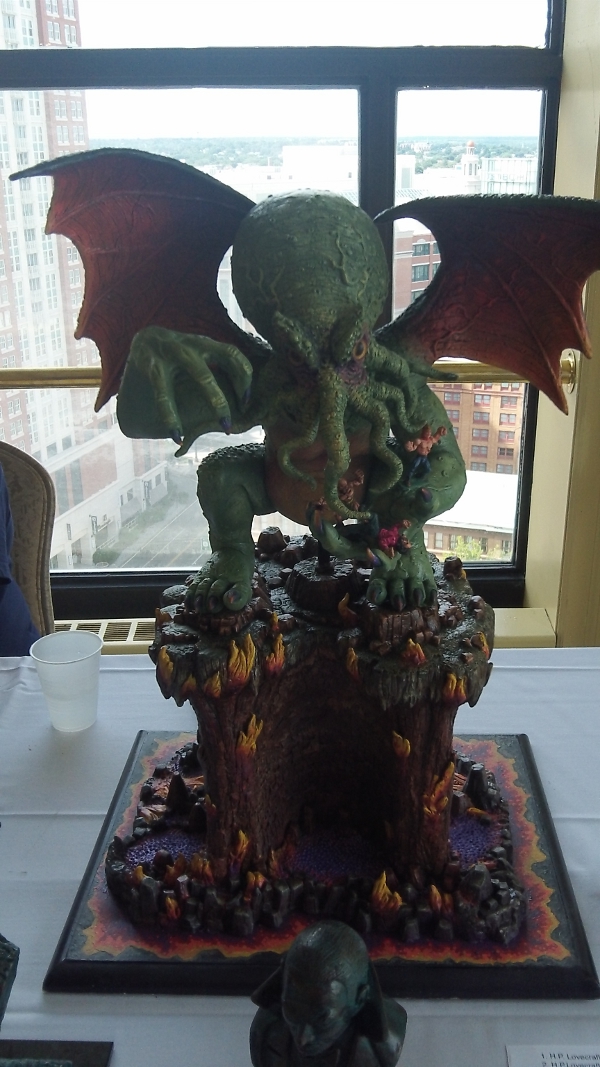 Providence was very welcoming. Once you got in, of ocurse. The convention was split between two different buildings, meaning the con-goers got some much-needed sunshine moving from the Biltmore to the Hotel Providence. And even that wasn't bad because the troad was lovely and antiquarian. The buildings in downtown Providence are from a different era. And they're quite lovely. I didn't mind walking down this road a couple of times a day. 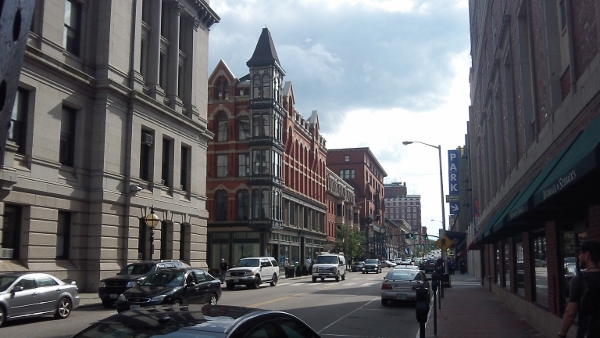 And so I went to the Hotel Providence for a panel, and was stunned by the clock they have in there. If anything ever should stand in for Brian Lumley's de Marigny's clock, it's this bad boy. The maitre'd was kind enough to provide me with a fact sheet, which tells me it is circa 1900 from the CDilbert Company of Winsted, Connecticut. It's in the Egyptian Revival style, and made of walnut. 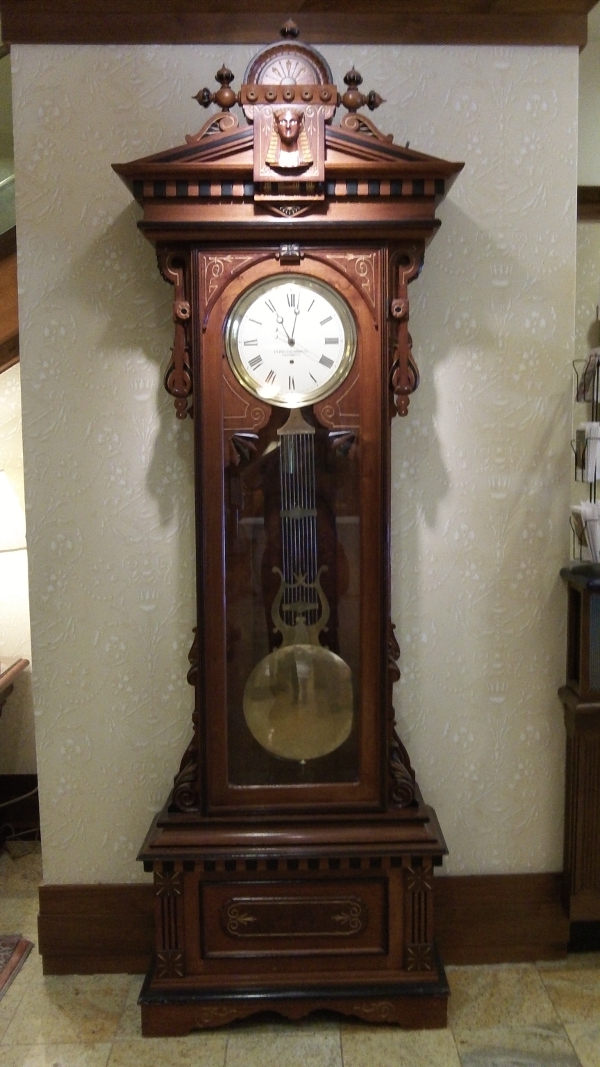 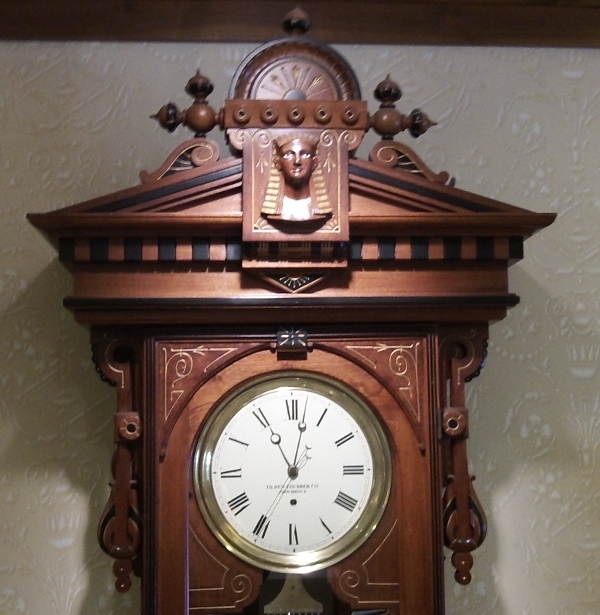 Saturday was more panels, and fewer pictures. I was getting wrapped up at the con, the air of Providence, and all the wonderful Lovecraftian stuff. It was wonderful, and I had a magnificent lunch with Cody Goodfellow and Wilum Pugmire. Meals like that are like rock and roll camp. You're having a conversation with people whose opinions really matrter to you, and they're listening and conversing with you. There's nothing like a conversation about tradecraft, or the process, with a cxouple of creative people. Magnificent conversation is part of the reason I drove myself to write. I remember listening to Tim Powers talk about the conversations he has had, and I desperately wanted to be part of those. Now, I'm starting to be part of them. And it's wonderful.

Sunday was the last day, but the panels were excellent. The guests were tired, so there was a bit less filtering going on between the brain and the mouth. A lot of honest opinions from some very interesting people who love Lovecraft. Special shout-out to Lois Gresh and Caitlin Kiernan for their fascinating insights into HP Lovecraft and the sexual nature that seethed under the surface of his writing.

The last lunch was with Jack Haringa and John Langan, both excellent writers. But they can sustain a dick joke longer than my Pathfinder group. Way longer. Guys, Michael Sisco's Member is neither that long, and isn't all that hard. And that's all I'm saying.

I regretted leaving Providence, but sleep was something I needed, and it was a long way back to the haunted Green Mountains. I loved Necronomicon, and plan on getting a better package for 2015. I want to go to the prayer breakfast, I want to go too the special meet and greet for gold members. Next time, when the stars are right.
Posted by John Goodrich at 9:05 AM